Helping Women be the most Beautiful, Inside and Out

The Eyes Have It!

The Ancient Proverb, “The Eyes are the Windows of the Soul,” is a very powerful truth.

Our eyes reveal whether our souls are spacious or cramped, hospitable or critical, compassionate or judgmental.  And the way we see others is usually a reflection of the way we see ourselves.

The eyes are the first thing that we are attracted to when we meet someone.  By them we judge their character and their intentions.

The eyes reveal alot about us.   You can tell if a person is crying on the inside or elated with joy.  You can see their anger, fear and love without them speaking a single word.

You can also tell if a person is sick or healthy.  Medical technological advances are finding that the eyes are rapidly becoming windows to our hearts, arteries, brain and nerves, too.

When I visited Asia back in the 1980’s I didn’t speak the languages but I found I could quickly communicate with basic greetings  by glancing, raising the eyebrows slightly and smiling.   I realized more could be said without speaking than spurting out a canned phrase  “how are you?” when we really don’t wait for or want a response anyway.

In ancient times commoners were not allowed to look directly upon those in Authority, but had to keep their eyes focused down at their feet when speaking or being spoken to.

Interestingly we feel uncomfortable when people stare.  Ever seen two children in a staring contest?  Each try to hold out longer than the other to show who has the stronger will power. 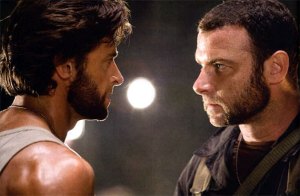 When two men who are strangers stare at each other, they are sending a challenging message about being willing to fight. This is sometimes verbally expressed as “get out of my face, man!!”  Another verbal challenge  is, “What are you looking at?”  Stated in a loud aggressive voice.

On the other hand, when a man and woman stare at one another, they are communicating sexual interest.

What does it mean to “see Eye to Eye” with someone?  The eye relates to the mind.  Literally the phrase would mean “to be like minded”.

What about the phrase, “Love is Blind”.   When you are in love you overlook their shortcomings and faults.  What is more important than what you see on the outside is what the person is on the inside.

Ever heard of giving someone the  Evil Eye?  It is a look that is believed by many cultures to be able to cause injury or bad luck on the person at whom it is directed. Belief in the evil eye is strongest in the Middle East, East and West Africa, South Asia, Central Asia, and Europe, especially the Mediterranean region; it has also spread to other areas, including northern Europe, particularly in the Celtic regions, and the Americas, where it was brought by European colonists and Middle Eastern immigrants.

A verse in the Bible states “the light of the body (or life) is the eye (singular)”.  But which is it,  the right eye or the left eye?  Neither, it is refering to the mind’s eye.  What we think about, what we imagine, what we dwell on, which can be good (light) or evil (dark).    Have you ever seen into the eyes of someone that was full of light, or darkness?   You are either drawn to them or repelled by them.

Whatever a person dwells on (images in their mind) they will become.  So think about what you are thinking about!   Lighten up!

To be Beauty Minded is to see the real beauty on the inside of yourself and others, which will be reflected through your eyes, the window of your soul.

Eat 5 A Day To Keep Doctors Away

Vitamin Enriched "good for your face" Makeup and Skin Care Products for a more beautiful YOU:
Brands like: Color Me Beautiful, Flori Roberts &
Adrien Arpel are only a click away:
www.colormedirect.com/triciat 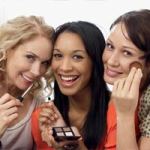 To Help You Find what You Want